There were some serious foundation issues, so bad on one wall that braces and anchors could not repair the damage that had been done. In addition to the irrepairable damage to the south wall, there were two other walls with severe bowing and breakage from soil pressures. Lastly, the house was in dire need of a new sump pump system to help keep their newly repaired storage area dry. The house hosts heavy foot traffic throughout the week, with people coming in and out for help with groceries for the week, a place to shower and even sleep if need be. The operators of the home had become greatly concerned that the house was becoming unstable and unsafe with the growing foundation issues. The location of the house is something that is well known, and centrally located for those who need it, so shutting it down or moving the operation would have been a big loss for people in the community.

Our wall replacement block crew came in and excavated, demo'd and replaced 34 feet of wall, rebuilding a new wall on a the foundation footing they poured in. While they were replacing the largest wall, another crew was putting power braces on the two other structurally unstable walls. Lastly, they placed one of our state of the art sump pump systems in to help keep their, now stable, basement dry. They accomplished all this without making the occupants of the house leave or closing it by removing one wall at a time and stabilizing the house with jacks temporarily. 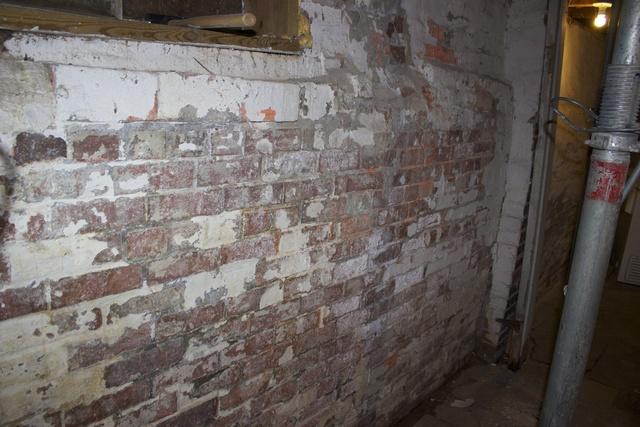 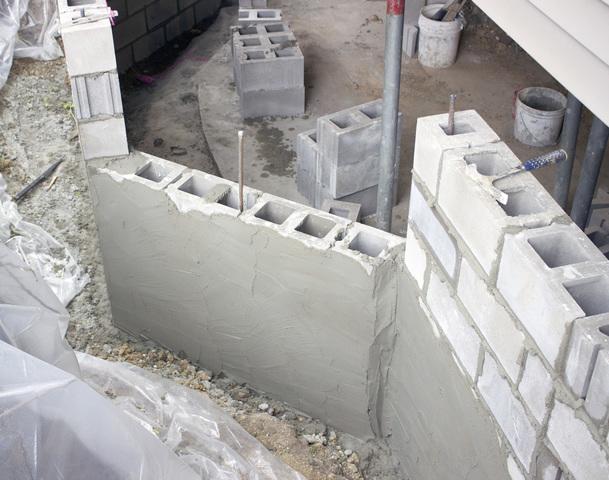 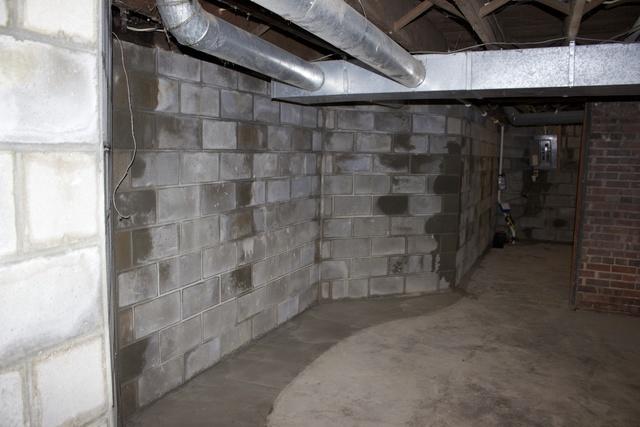 Completed foundation wall replacement with new block wall, some of the mortar joints are still drying.

Back to Previous Page
Back to Case Studies