Buzzard Billy’s Restaurant was moving to a freshly renovated building north of the downtown area of Des Moines. The building ’s original location was in the Court Avenue section of town that was flooded in 2008. Two new decks were planned on the north and south sides of the building. The design dead and live loads for the proposed decks were relatively light; however, a geotechnical investigation at the project site encountered soft soils and possible rubble about seven feet deep.

An economical and effective deep foundation system was required to support the proposed decks. Design loads per deep foundation element were 10 kips and 20 kips for the north and south decks, respectively.

The foundation design for the north deck included thirteen (13) Model 288 (2.875-inch OD by 0.276-inch wall) helical piles with an 8”-10” double-helix lead section. The foundation design for the south deck included seventeen (17) Model 288 helical piles with a 10”-12”-14” triple-helix lead section. The first six piles that were installed for the south deck encountered rubble fill within a few feet of the surface and had to be withdrawn. After further investigation, it was discovered that foundation walls and basement level floor slabs remained from a previous structure that occupied the property. The foundations had been removed to just below the surface and the basement filled in. The old foundations and floor slabs were removed to allow installation of the helical piles. The piles were installed to depths of 25 to 28 feet and to torque-correlated ultimate capacities of at least twice the design working loads (FOS >2). Despite these major setbacks and installation challenges, the 30 helical piles were installed in just five days. 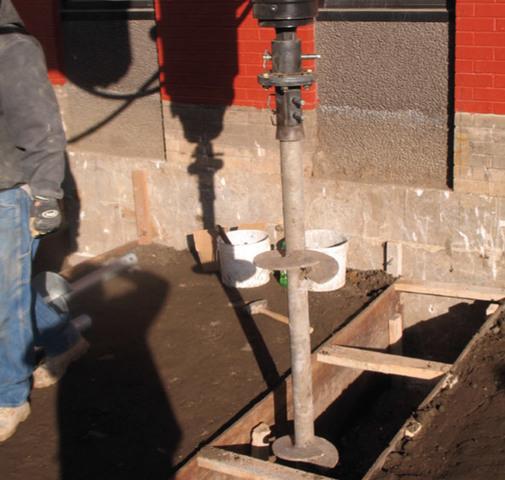 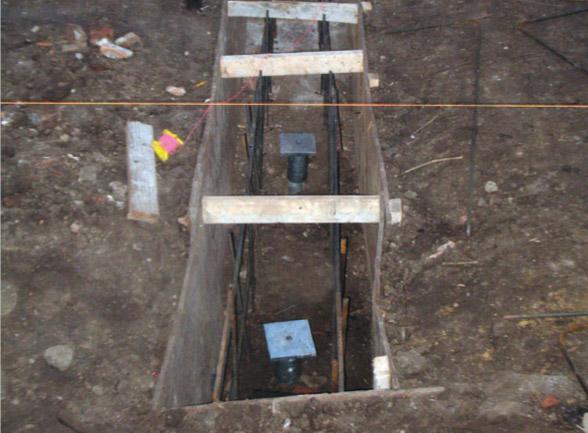 Tops of piles to be cast into grade beams 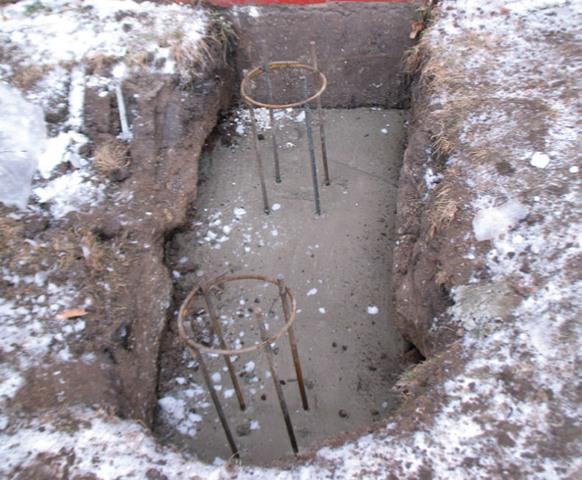 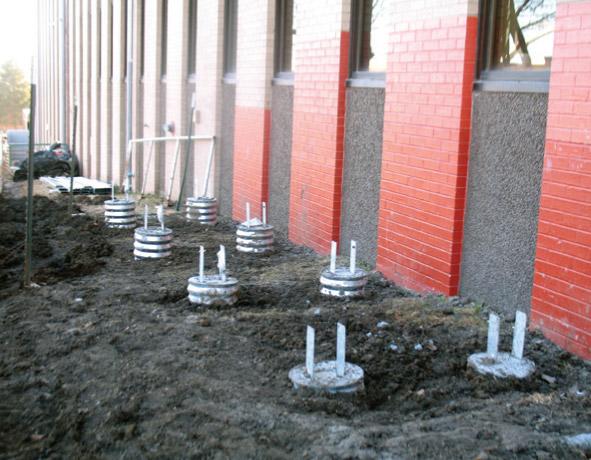 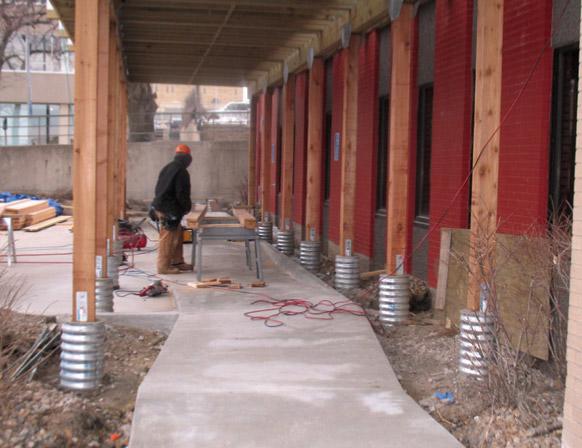