In this album, pictures show the problem that homeowners in Cedar Falls, IA were having with their basement walls caving in as well as water seeping in through the basement walls. The solutions implemented include power braces, water guard, and a triple-safe sump pump. 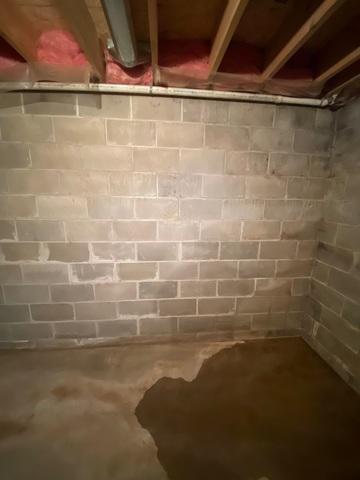 Water had been seeping in through the floors and walls. The walls were caving in and exacerbating the water seeping issue. Water damage can be seen on many spots on the concrete floors as well as in the cement bricks of the wall. 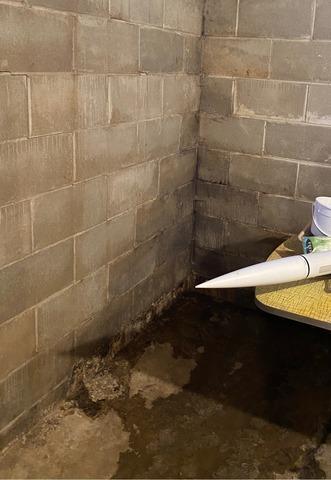 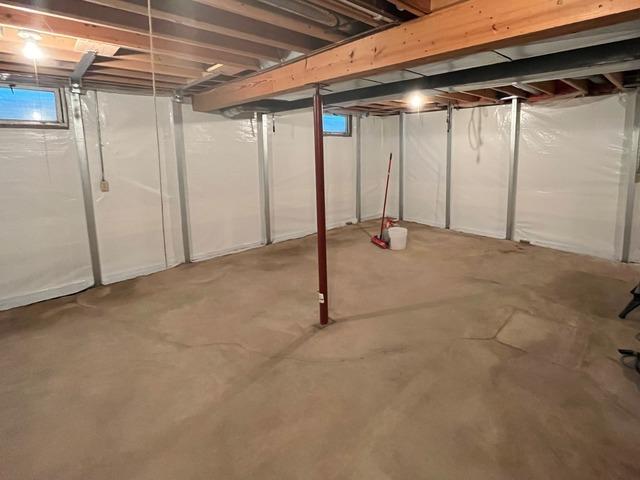 The white lining on the walls is part of the water guard system which acts as a seal to water proof the basement. This water guard system utilizes a hidden drainage system under the white lining in which adds another layer of protection against water invasion. The steel braces that are spaced out on the walls are power braces in which hold the structure of the basement. These braces will straighten the wall over time so that it can return to its original state. 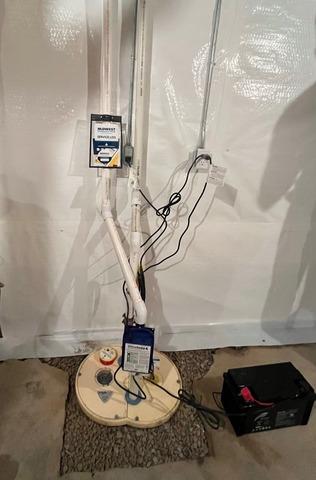 This system was installed to create more protection against water invasion of the basement. The Triple Safe Sump Pump System works even when the power goes out as it contains battery back-up power.

Back to Previous Page