COVID-19 update: We are open and fielding calls. We are also still running appointments and performing installations. We are taking precautions with our team members to stay safe. If you're showing symptoms we kindly ask you to reschedule your appointment or installation.

What Events Lead To The End Of Your 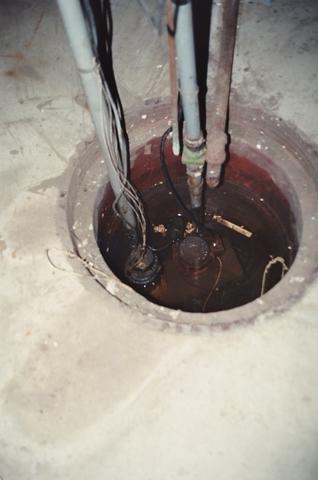 Many sump pump systems are activated by a floating part known as a float switch.  The float switch is a floating ball teathered on a mercury switch.  As the water rises in the sump pump, the switch floats upwards.  When it reaches a certain height, it automatically turns your system on.  As the water level in the sump pit drops, the switch falls with it, and the system turns off.

One of the most notorious causes of sump pump failure is when this float switch is trapped in either the on or off position.  This happens as the vibrations of the sump pump cause the unit to wander in the sump pit.  As the pump reaches the edge of the pit, the switch can become stuck against the liner and will no longer automatically turn on or off.

A sump pit can be neither too small nor too large.  If the pit is too small, then the sump pump will empty the pit quickly and shut off.  More water will quickly fill the pit, and the cycle will repeat. This constant on/off cycle wears your system out and increases the likelihood of its overheating and breaking down.

A sump pit that's too large will also likely be too deep – and therein lies the problem.  If your sump pit reaches deep below the floor, then it's gathering much more water than it needs to – and it's forcing your pump to work longer and harder to pump it out.  This will unnecessarily shorten the life of your system, increase the likelihood of overheating, and cost you extra on your electric bill.

There are two places where a drainage system can be installed:  on top of the foundation footing, or in the mud in front of the footing – known as the mud zone.

When a drain system is installed in the mud, it clogs.  Even in cases where drainage stone is installed around the drain, the mud will eventually work its way through and cause a clog.  When this happens, your system will be unable to direct water to your sump pump, and a flood will occur.

Typical PVC pipe is too large to be installed properly on top of the footing without sticking out above the floor.  Instead, it's important to use a drain system that's been shaped specifically for basement waterproofing.  This system can rest directly on top of the footing, but is narrow enough to be covered with concrete as the floor is restored.

One uncommon – but notorious – cause of sump pump system failure can be credited to iron bacteria in your water.  This microscopic organism will feed on the iron and/or manganese present in your water.  As they do, they create a thick, rust-colored slime deposit.

This is a terrible problem!  This thick slime will completely clog a perimeter drain, and will permanently stain nearly anything it touches.  The slime can have a foul, musty odor, and can ruin clothes and foul the taste of water.

Unfortunately, there is no ideal way to handle this problem.  However, many contractors now offer a basement drain system that's custom-designed to handle this – complete with a removable lid (so the ochre can be scooped out as it builds up) and a powerful sump pump system that will continue to pump water out unabated.

Because of the potential flooding in Iowa and of course in Central Iowa, there have been several programs available for the installation of sump pumps.

Check with your local city, county or with the state to see if they have a program available to you.  For example, the City of Des Moines has a program that will end in 2014 for the installation of a sump pump.  Click here to see more information.

No matter what challenge your wet basement holds, Midwest Basement Systems has a solution that will work for you!  Their experts serve throughout Central Iowa. Our specialists are standing by to help you transform your basement into a space that's dry – all the time!

Back to Previous Page
Back to News & Events